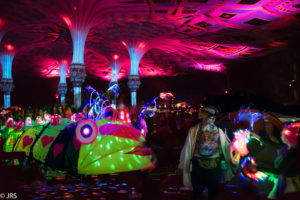 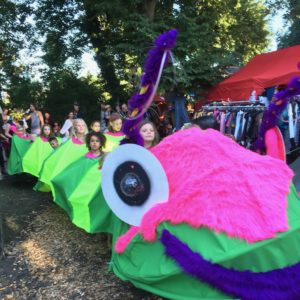 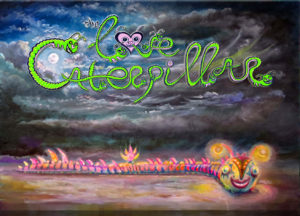 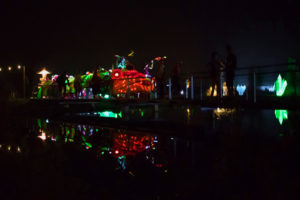 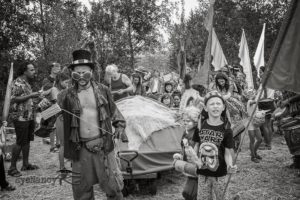 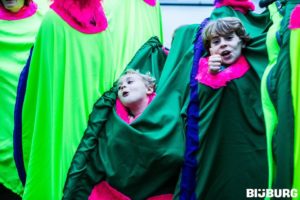 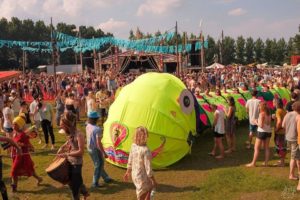 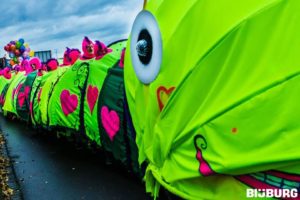 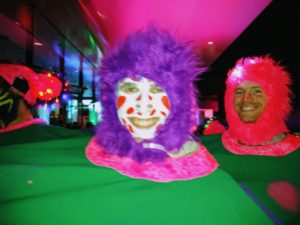 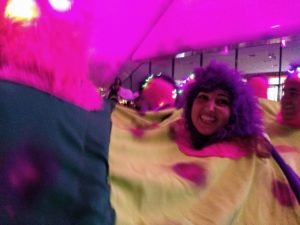 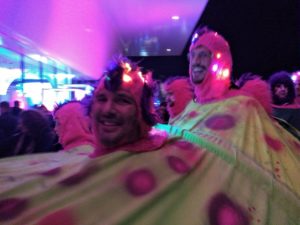 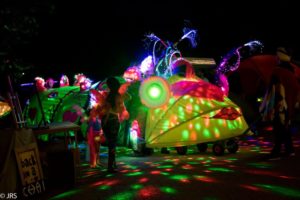 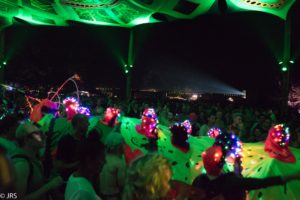 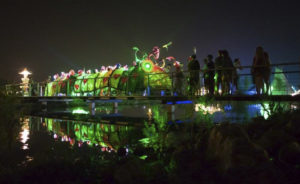 The World’s Largest Party Animal
The Love Caterpillar is a costume for up to 40 people.
Traveling from festival to festival to transform people into butterflies.!
Watch video:

The Love Caterpillar is a costume for up to 40 people, and it is designed to pick up all the lonely people at festivals and get them into the flow. Of course it is also suitable for people who are not lonely and already in the flow, but the original idea came from a personal experience at Burning Man in 2004 and again in 2008. I was looking for two days for my art-brother Dadara and friends and felt really lost at this enormous festival. It is often really hard to get into the festival flow, especially when you are on your own. In 2012 after a dust storm I stumbled upon a remote dome far out on the playa that had a sign on it: “This project was made by (forgot Name) but after completing it he committed suicide in his own dome.” I really felt for this guy, he had put a lot of effort in his project, but put his dome way to far out of the circle, in a place where only lost people would find it. Knowing the feeling of loneliness very well myself, I decided that I wanted to do a project that would take lost and lonely festival people and take them out of their cocoon, into the flow of the festival.
It took me two years of thinking and still nothing came to my mind. What you do to collect and help these loners? It was during a Transformational Breathing Therapy week that the universe helped me and gave me a Vision. Inspiration comes from ‘inspirare’ meaning: To breath in. I saw seven bearded saints floating in meditation over the playa and behind them I saw people walking in a large sort of snake like thing… or no: It looked like a CATERPILLAR.!!!
Drawing, designing, experimenting and funding, took me almost 3 years. The Love Caterpillar is still growing and transforming as she travels from festival to festival…
And The Love Caterpillar has a baby: The Kids Caterpillar.!